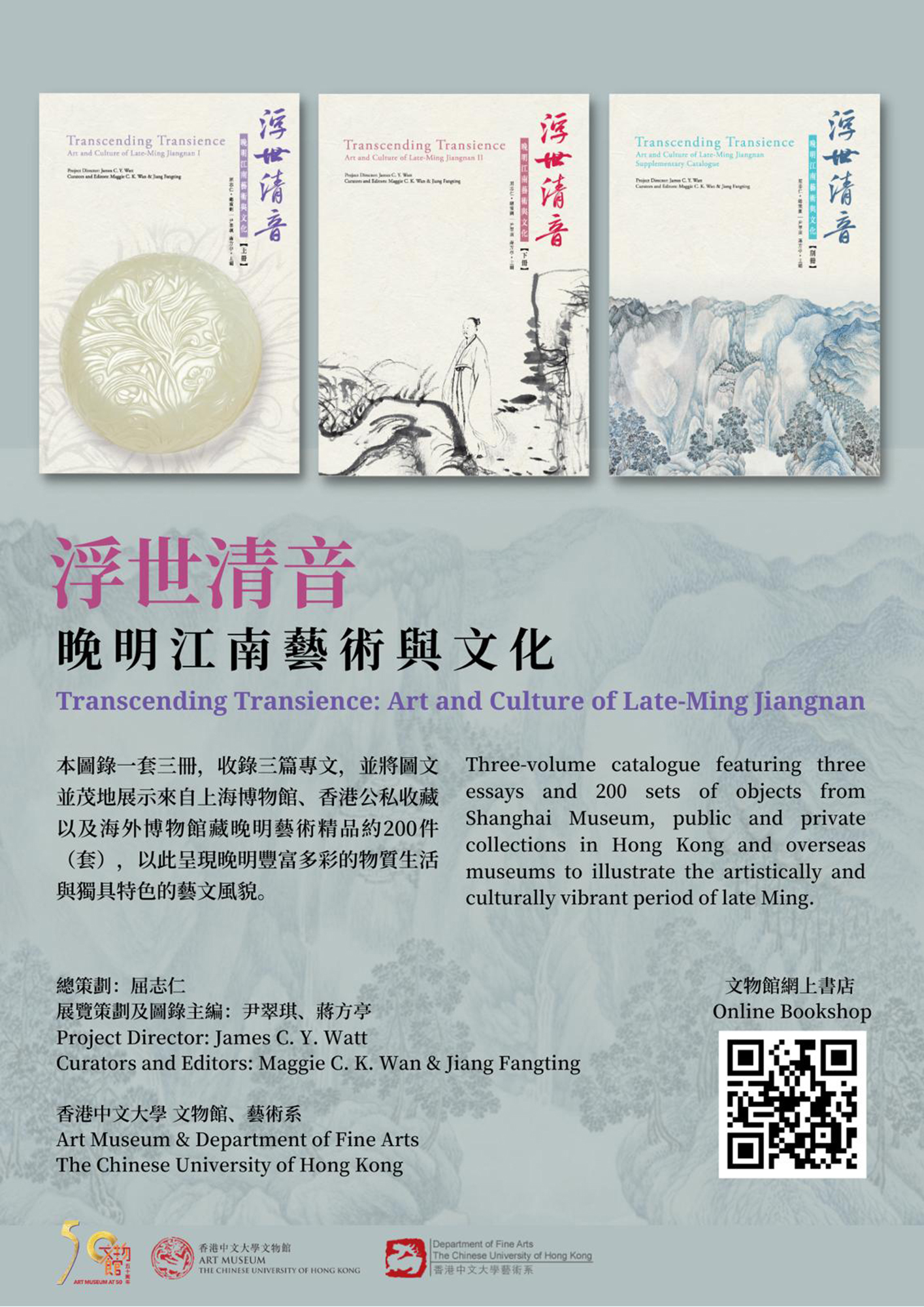 Produced for the exhibition Transcending Transience: Art and Culture of Late-Ming Jiangnan, the current catalogue is directed by James C.Y. Watt, edited by Maggie C.K. Wan and Jiang Fangting, and features essays and entries written by researchers of the Art Museum and alumni of the Department of Fine Arts, The Chinese University of Hong Kong.

Seven or eight decades prior to the demise of the Ming Empire, the Jiangnan area was no doubt blessed with prosperity, offering its inhabitants pleasures and luxuries like never before. Facets of this privileged existence can be glimpsed from the fine works and objects of art that define the period. Featuring over 200 objects from the period, the publication invites contemplation on the people and their possessions in a golden age that was the late Ming in a cultural and social context.

The lifestyles and cultural activities of the late-Ming middle class are spotlighted in this catalogue. The late-Ming middle class was a heterogeneous group that included artisans, merchants, rich farmers, well-born ladies, famous courtesans, literary leaders, playwrights, poets, thinkers, collectors and professional painters. These were the people who found themselves face to face with a dysfunctional government and little prospect in joining the civil service on the one hand, and a prosperous Jiangnan area, an extravagant consumer culture, an explosion of thoughts and ideas and relatively high social mobility on the other. They succeeded in establishing their unique cultural and social identity by taking everyday objects seriously, readjusting their activities and outlook, and innovating the themes and techniques of their works. Ever growing in number and attaching importance to things and the self, these city dwellers became a driving force behind the mass production of exquisite objects and distinctive art. What are included in this catalogue were created either by them or for them to give expression to their cultural aspirations.

The catalogue includes an introduction and three thematic essays. Under the five sections, namely “Obsessing with the Quotidian”, “Asserting One’s Individuality”, “Escaping through Art and Buddhism”, “Living in Elegance for Serenity” and “Putting China on the World Map”, there are 200 entries introducing exquisite works of art from the Shanghai Museum, public and private collections in Hong Kong, as well as overseas museums.