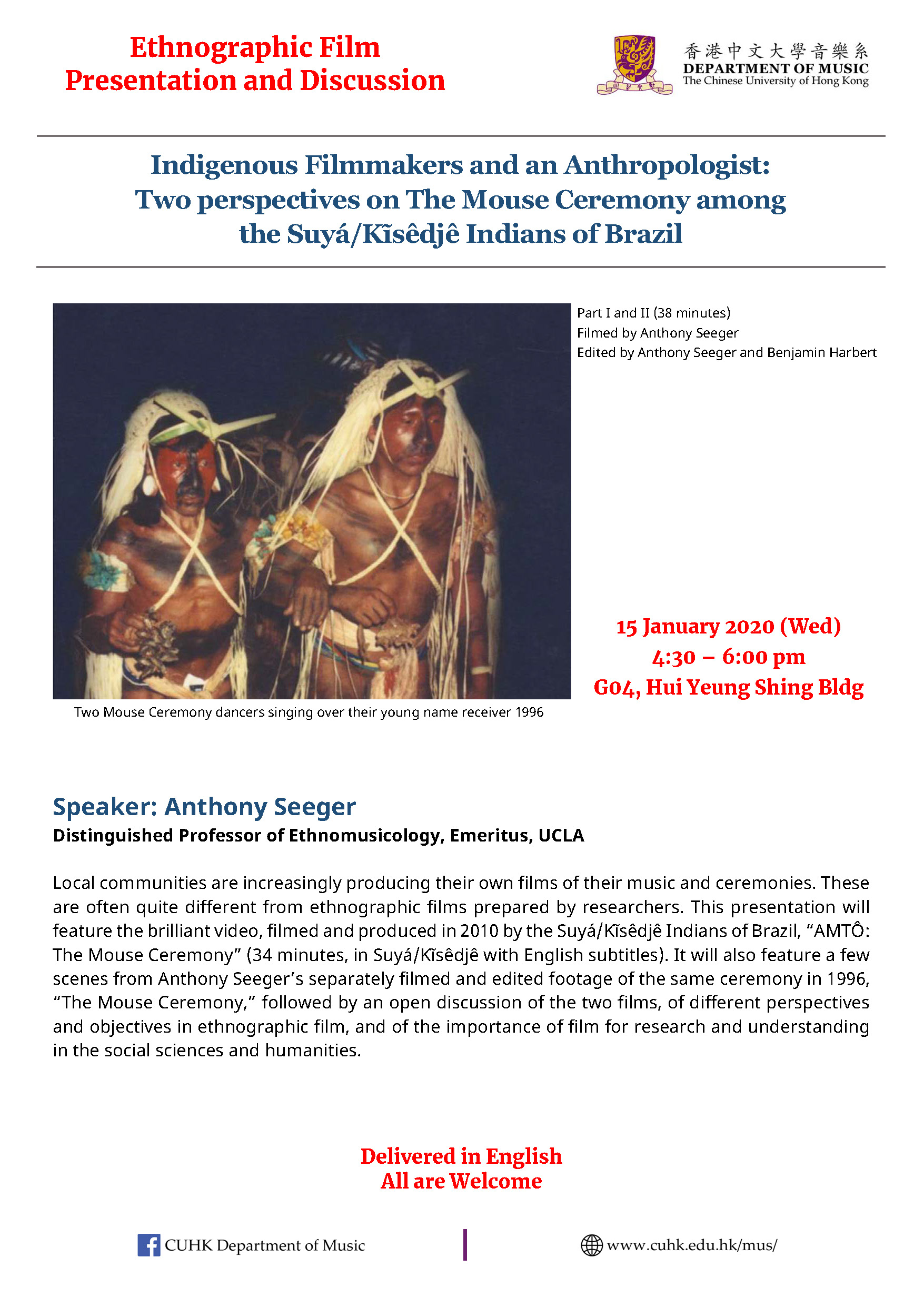 Local communities are increasingly producing their own films of their music and ceremonies. These are often quite different from ethnographic films prepared by researchers. This presentation will feature the brilliant video, filmed and produced in 2010 by the Suyá/Kĩsêdjê Indians of Brazil, “AMTÔ: The Mouse Ceremony” (34 minutes, in Suyá/Kĩsêdjê with English subtitles). It will also feature a few scenes from Anthony Seeger’s separately filmed and edited footage of the same ceremony in 1996, “The Mouse Ceremony,” followed by an open discussion of the two films, of different perspectives and objectives in ethnographic film, and of the importance of film for research and understanding in the social sciences and humanities.