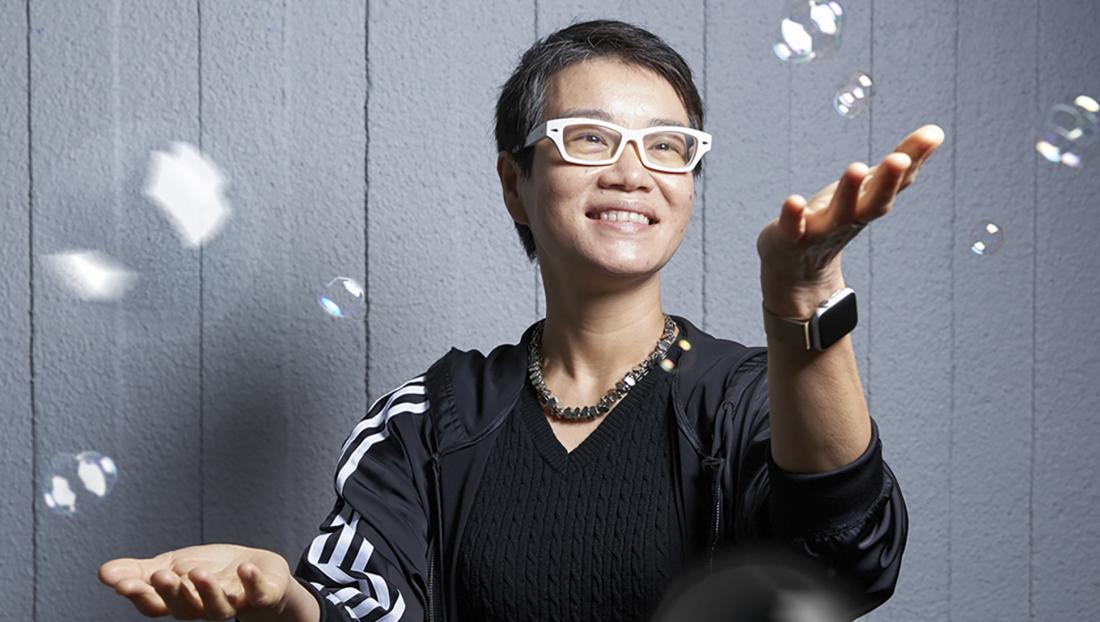 At 9:15, Sealing Cheng showed up outside her office at the Humanities Building. She instantly commanded attention with her white thick-rimmed glasses and keen features beneath, porcupine haircut and all-black slim fit. The anthropologist had been involved in drama since childhood, and it’s only at her father’s behest that she backed out of the final admission interview at the Hong Kong Academy for Performing Arts. At the end of the day, though, anthropology and acting are very much the same thing: anthropologists and actors of the finest sort have an appetite and stomach large enough for the myriad manifestations of life while remaining calmly detached from their own likes and dislikes, prejudices and understandings.

Life Writings with Poetry and Soul

Fun-loving and scholarly, the associate professor of the Department of Anthropology is a freewheeling spirit. The eloquent gestures and mellifluous voice with which she effortlessly invoked the theories and modestly imparted her views betray notwithstanding the sensitive and compassionate soul beneath the steely exterior. Sealing’s mother is a pianist; but the daughter chooses not to fly her nimble fingers across the black and white keys. She picks up the pen, rather, sketching on paper genuine lives and thoughts of the stigmatized, marginalized and most vulnerable peoples on the transnational stage—the migrant sex workers in the US military base in South Korea and the African asylum seekers in Hong Kong. Given the American Sociological Association’s Distinguished Book Award, her monograph, On the Move for Love: Migrant Entertainers and the U.S. Military in South Korea (2010) contains vignettes of Filipina entertainers at the South Korean US military base that elaborate on their love, romantic relationships and aspirations for a better life. With kindness and patience, she peels away pretences one after the other and comes in touch with the truth of her subjects’ existences; such understanding boils down to how she was treated in her salad days. Attending a Catholic girls’ school, Sealing was a problem student in the eyes of the teachers. In Form 2, she had a big row with her father and left home to find her mother in England. Her rebelliousness was nothing compared to that of her British counterparts. She became an exemplary student and was nominated the best student in a foreign country.

‘I didn’t know being respected by teachers would feel so good,’ she said.

Back to Hong Kong, Sealing entered the elite stream and got to study her favourite arts subjects. By the end of the eighties she made it to The University of Hong Kong to study social sciences, and there in the Sociology Department she came across its only anthropologist—Laos expert Grant Evans. Towards the end of her MPhil, driven by the simple wish of leaving Hong Kong and seeing more of the world, she decided to give PhD a go. In two years she had applied for 13 scholarships, all unsuccessfully. Burying her head in cocktail books and planning to run a pub instead, Sealing, then a research assistant at the Department of Anthropology at CUHK, was spurred on by Maria Tam, associate professor of the Department, to give one more try. This time, out of four scholarships, she notched up three. Thus in 1997, she headed first to South Korea to learn the Korean language for half a year, then flew to Oxford to commence her PhD studies at its Institute of Social and Cultural Anthropology.

Often it is serendipities, not forethought and planning, that lay down the courses of our lives. One night during her Korea stay, Sealing exchanged views on love and marriage in a coffee shop with her male Korean schoolmates. The conversation did not go well and made her realize that any rational debate on sex and romance would inevitably run up against the high wall of nationalism: ‘Once nationalism is invoked, any critical discussion stops. The self-other divide is absolute.’ Later in Oxford, she decided to focus on sex and nationalism, and the US military base in South Korea became a natural point of engagement.

By the time she set foot on the US military camp towns in South Korea, however, most Korean women were gone; standing in for them were women from the Philippines and some ex-Soviet states. Now that the targets were decided on, the hard part was how to reach out to them meaningfully. A Latin America festival was going in full swing in Seoul at that time; Sealing went down to the salsa dance floor and met two Latino GIs, one from Bolivia and one from Mexico. They brought her to the clubs and she managed to gradually build relationships with the Filipina entertainers. A true confession from one, however, came only eight months later:

‘Something has changed at that moment. What they said may not thoroughly be true, but they have become more generous with the truth at least.’

The love and money sagas staged in GI clubs posed huge spiritual and cultural shocks to the pious churchgoing girl. ‘A woman needs to date a lot of boyfriends to secure her income. From a transnational and historical perspective, the colonial exploitation the Philippines was subject to for half a century has propelled its female nationals into overseas ventures to strive for a better life.’

Sex is a Kind of Labour

In 2007, Sealing was commissioned to interview Korean sex workers in the US to see if they were victims of sex trafficking. In a sun-drenched studio apartment in New York, a woman in her early 40s, who worked in massage parlours, said:

‘Some clients don’t have sex—they just do chats.’

‘Of course not! Those guys spend all the time chatting.’

‘Those who come in, take a shower, have sex, pay and go—such are good clients.’ 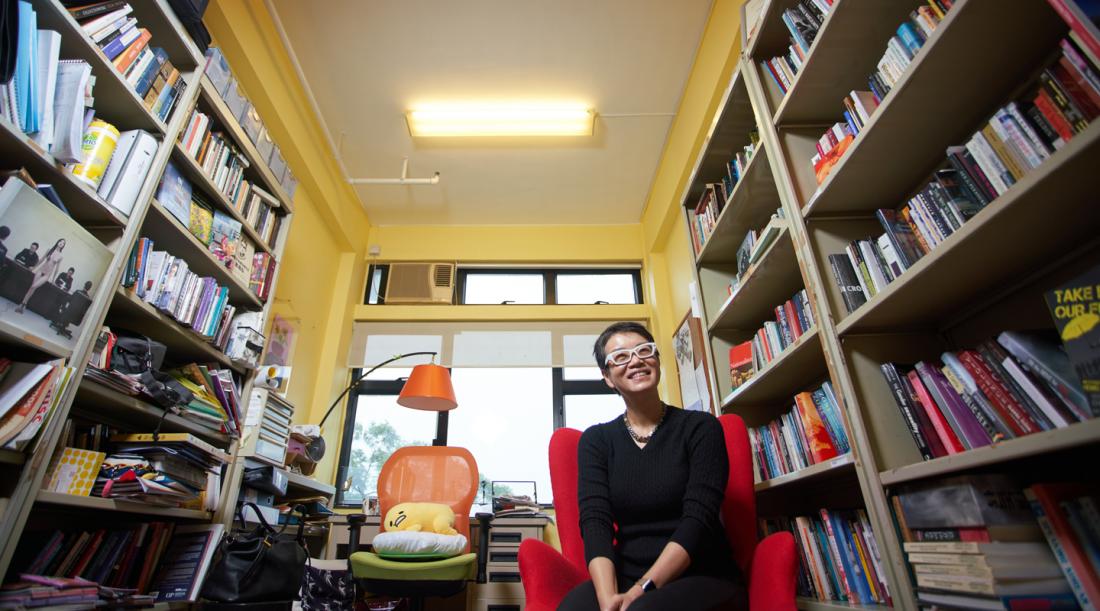 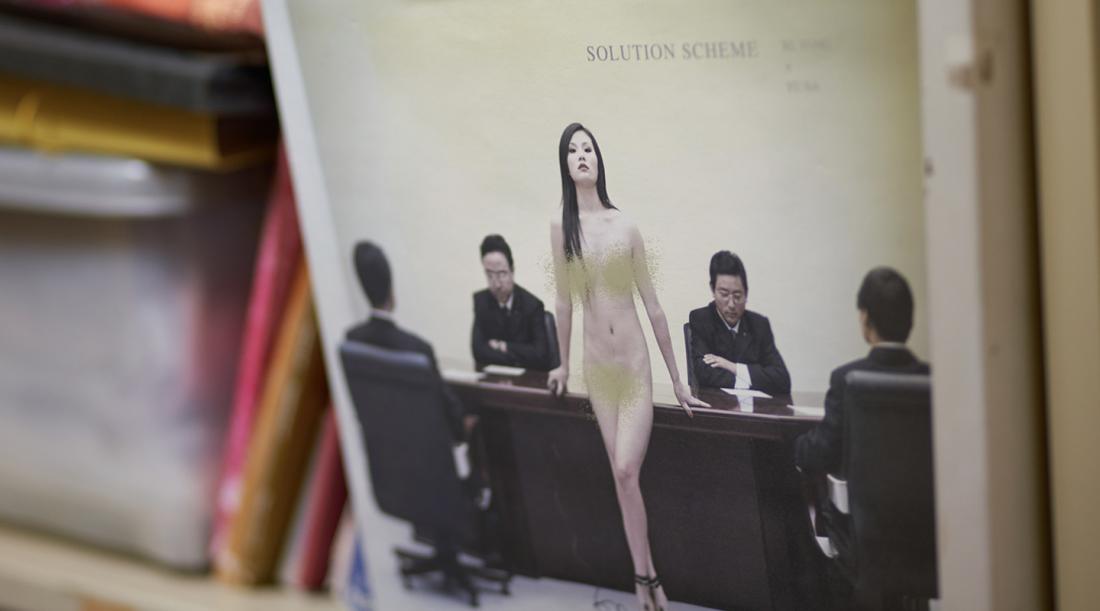 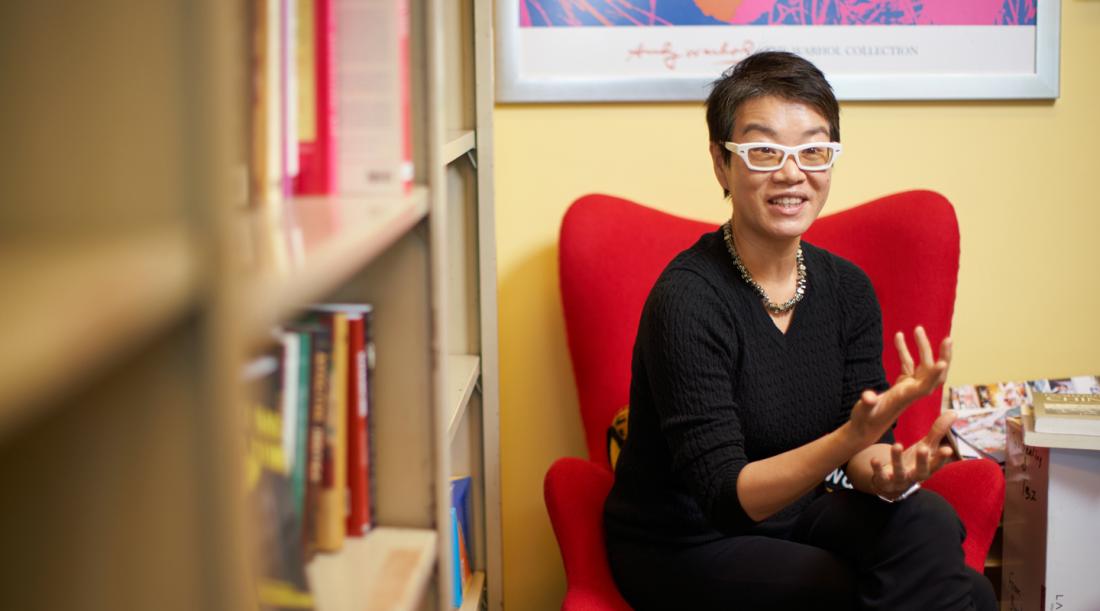 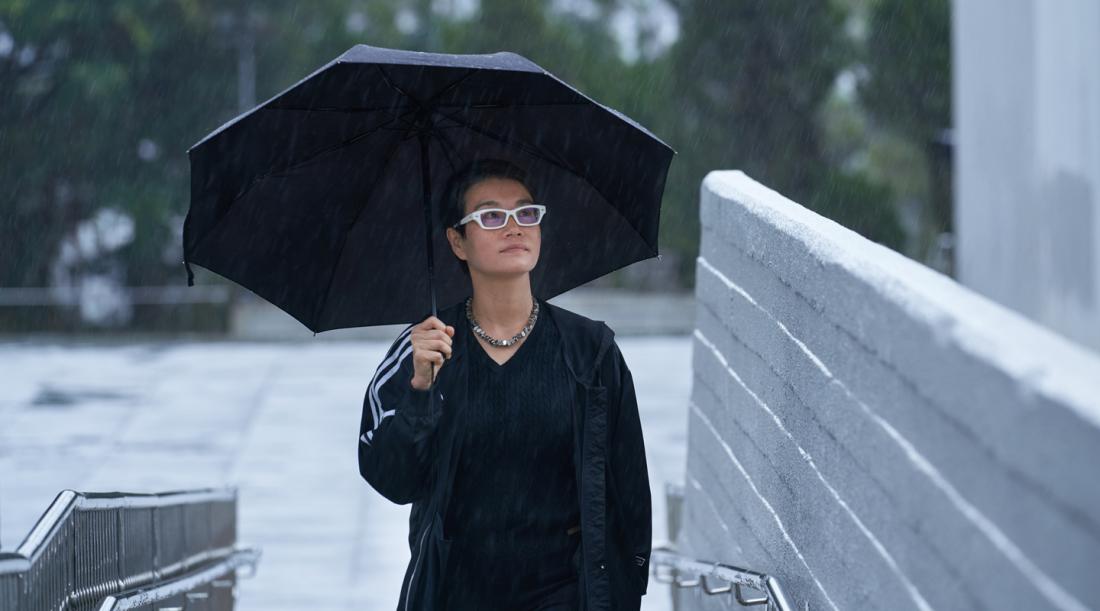 ‘Sex is the labour she undertook, not chit-chatting,’ Sealing has a way of inflecting sentence endings with a pinch of nuanced sardonicism. ‘They find this station in society to sustain themselves, hoping to achieve a life they want. Their views of sex are different from ours; but why can’t there be different views?’

‘This is what anthropology is; it calls on us to immerse ourselves into others’ world, to view society from under their skin and from thence to gauge our moral values. I hope I can inspire people to see things from different perspectives and come in touch with different lifeworlds, and to appreciate how our worldviews and selfhoods come into being.

‘Through comparison we make sense of where we stand in life, and we may opt for change. If after all the probings, you prefer the status quo, that’s fine. Still, you’ve fathomed things out and know there are legitimate views other than your own. That those views do not align with yours does not mean they are wrong or depraved.’

A Genealogy of Love Pure and Simple

The intricate politics of love covered in her research naturally prompts her to revaluate questions of love and intimacy. Back to the days when she taught in Wellesley College in the US, she developed the course ‘Anthropology of the Body, Love and Emotions’ that seeks to problematize notions of romantic love. And now, it is a disconcerting subject that ‘pulls one carpet after another’ under the feet of CUHK students.

‘The concept of love as romantic, lifelong heterosexual monogamy has been around for just a hundred years. It has to do with capitalism’s commodification of love,’ she heaved short sighs, kept silent for a few seconds and continued, ‘The modern society holds that you are a worthy person only if you find love. But this is not a universal truth, but a contingent viewpoint prevailing at this specific time-space, a product of the current socio-economic-political context.’

Does Sealing, having for years seen and accompanied so many struggling souls, feel that human beings still retain agency however harsh the circumstances are?

‘I reckon our faith and perseverance won’t emerge in congenial environments. Only when you rise up to the challenge will you start to think where you may stand in life, and what shape your ideal life may take,’ she glanced at the Gudetama plush toy—a gift from a graduate—on her chair and said, ‘If you are as laid-back as this Gudetama, you won’t be bothered about these questions.’

Seen from the Humanities Building, the outside view was lost in drizzle and mist; the pathways around us were obscured. But despair serves no good purpose; living has always been a matter of feeling the shape of destinies amidst uncertainties and treading forward to meet them, one step at a time, slowly but surely. 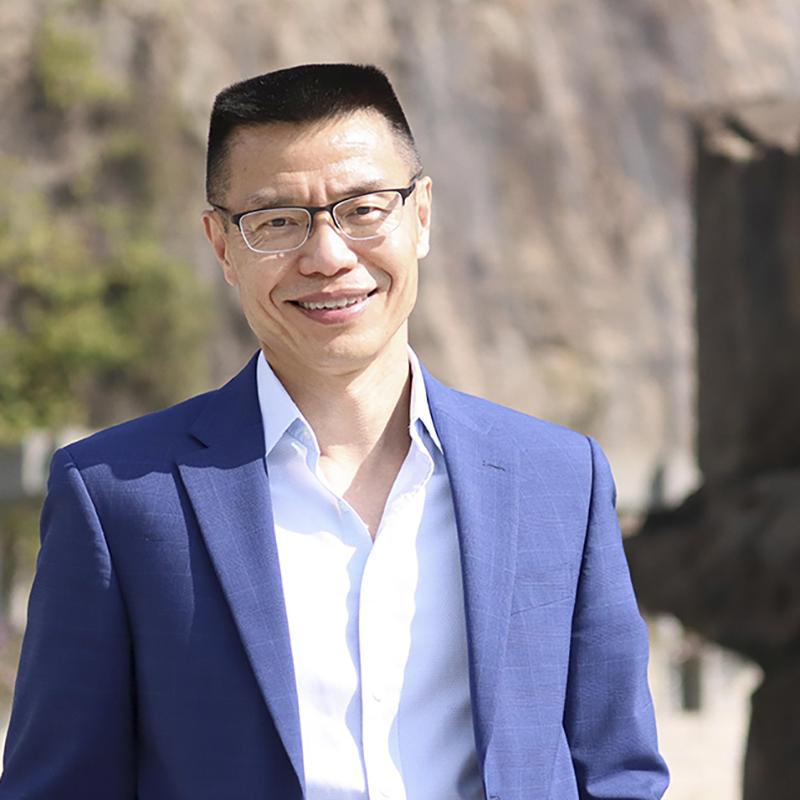 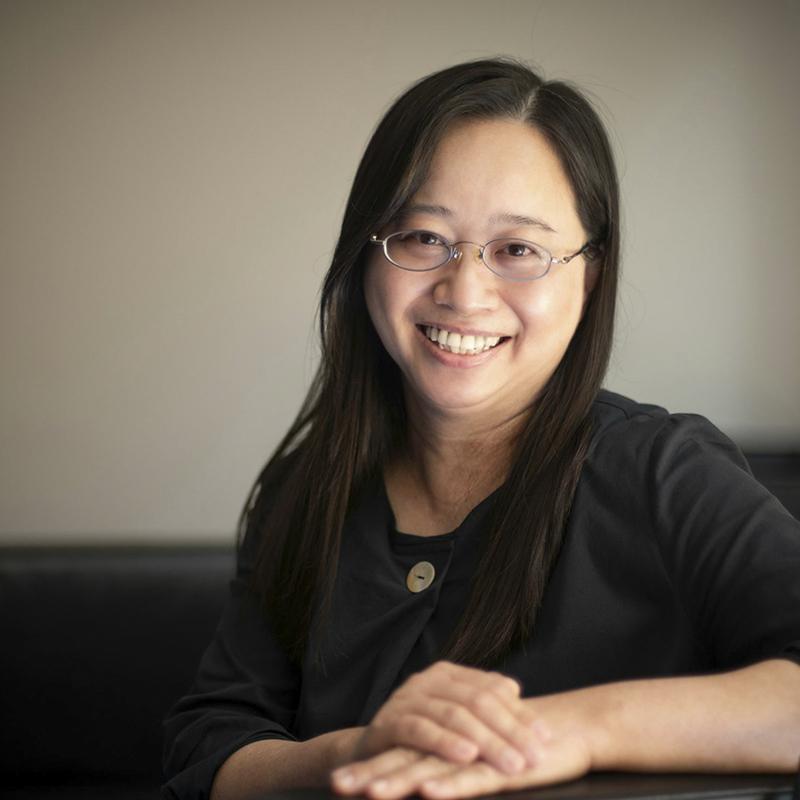 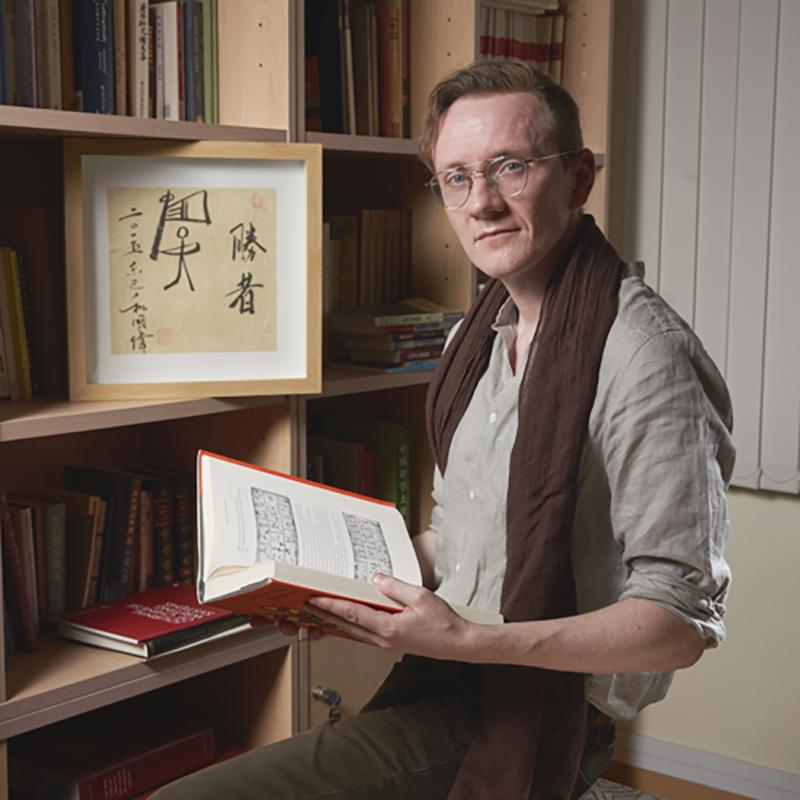