Copies and Duplication in Chinese Sculpture

Copies and Duplication in Chinese Sculpture 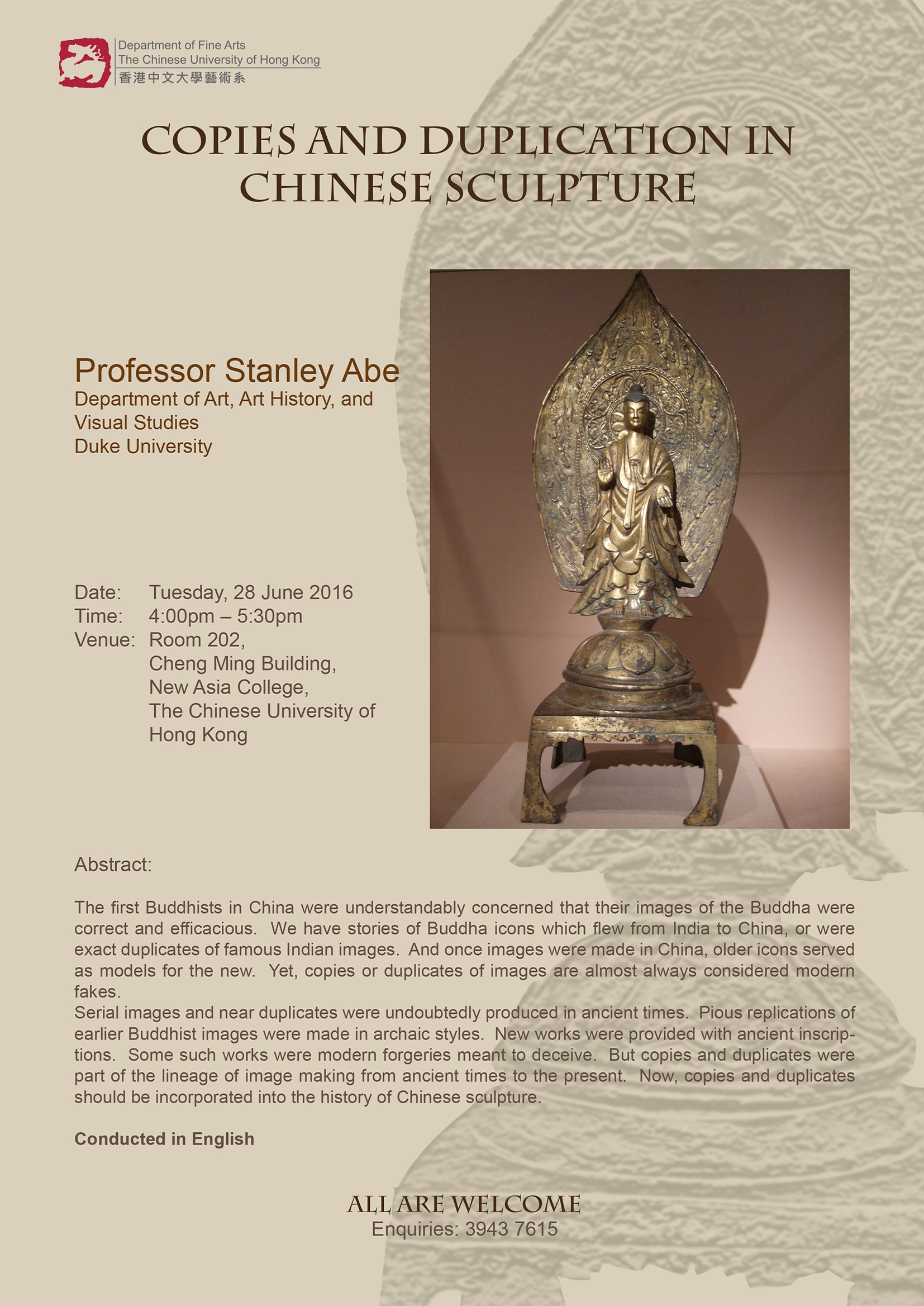 The first Buddhists in China were understandably concerned that their images of the Buddha were correct and efficacious.  We have stories of Buddha icons which flew from India to China, or were exact duplicates of famous Indian images.  And once images were made in China, older icons served as models for the new.  Yet, copies or duplicates of images are almost always considered modern fakes.

Serial images and near duplicates were undoubtedly produced in ancient times.  Pious replications of earlier Buddhist images were made in archaic styles.  New works were provided with ancient inscriptions.  Some such works were modern forgeries meant to deceive.  But copies and duplicates were part of the lineage of image making from ancient times to the present.  Now, copies and duplicates should be incorporated into the history of Chinese sculpture.