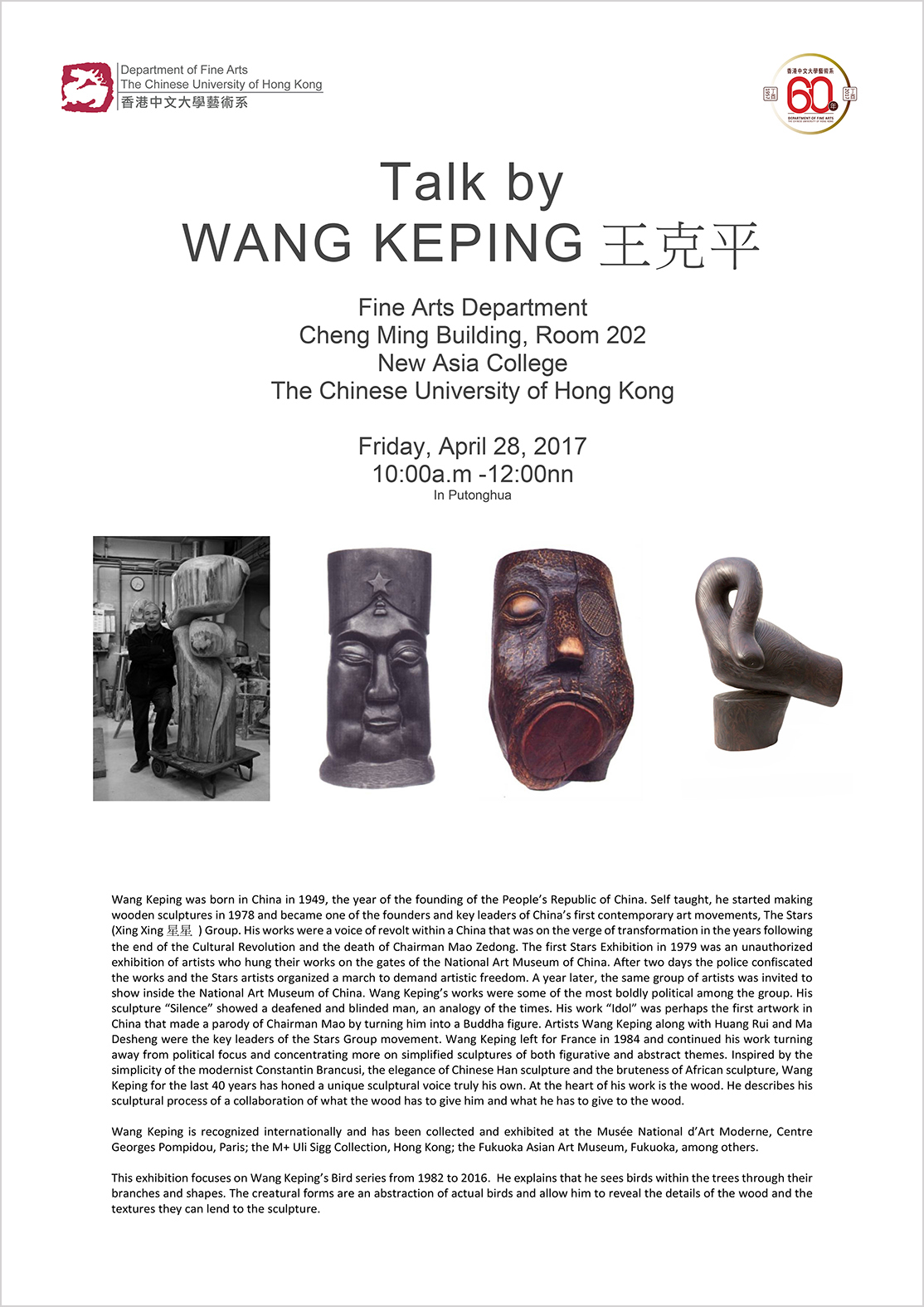 Wang Keping was born in China in 1949, the year of the founding of the People’s Republic of China. Self taught, he started making wooden sculptures in 1978 and became one of the founders and key leaders of China’s first contemporary art movements, The Stars (Xing Xing 星星  ) Group. His works were a voice of revolt within a China that was on the verge of transformation in the years following the end of the Cultural Revolution and the death of Chairman Mao Zedong. The first Stars Exhibition in 1979 was an unauthorized exhibition of artists who hung their works on the gates of the National Art Museum of China. After two days the police confiscated the works and the Stars artists organized a march to demand artistic freedom. A year later, the same group of artists was invited to show inside the National Art Museum of China. Wang Keping’s works were some of the most boldly political among the group. His sculpture “Silence” showed a deafened and blinded man, an analogy of the times. His work “Idol” was perhaps the first artwork in China that made a parody of Chairman Mao by turning him into a Buddha figure. Artists Wang Keping along with Huang Rui and Ma Desheng were the key leaders of the Stars Group movement. Wang Keping left for France in 1984 and continued his work turning away from political focus and concentrating more on simplified sculptures of both figurative and abstract themes. Inspired by the simplicity of the modernist Constantin Brancusi, the elegance of Chinese Han sculpture and the bruteness of African sculpture, Wang Keping for the last 40 years has honed a unique sculptural voice truly his own. At the heart of his work is the wood. He describes his sculptural process of a collaboration of what the wood has to give him and what he has to give to the wood.

Wang Keping is recognized internationally and has been collected and exhibited at the Musée National d’Art Moderne, Centre Georges Pompidou, Paris; the M+ Uli Sigg Collection, Hong Kong; the Fukuoka Asian Art Museum, Fukuoka, among others.

This exhibition focuses on Wang Keping’s Bird series from 1982 to 2016.  He explains that he sees birds within the trees through their branches and shapes. The creatural forms are an abstraction of actual birds and allow him to reveal the details of the wood and the textures they can lend to the sculpture.