The Interplay of Text and Image: Programmatic Representations of Buddhist Narratives (with case studies from China)

The Interplay of Text and Image: Programmatic Representations of Buddhist Narratives (with case studies from China) 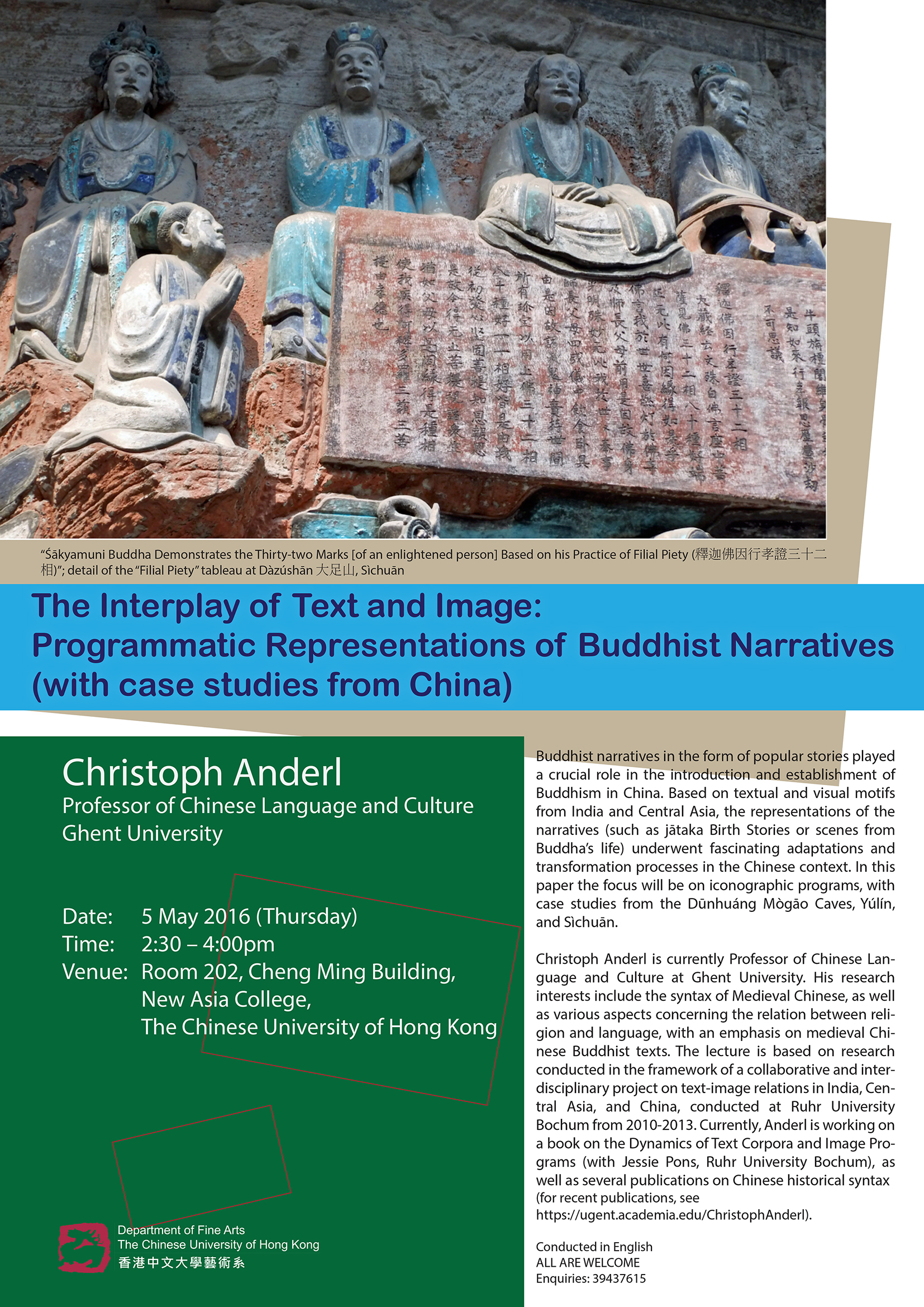 Buddhist narratives in the form of popular stories played a crucial role in the introduction and establishment of Buddhism in China. Based on textual and visual motifs from India and Central Asia, the representations of the narratives (such as jātaka Birth Stories or scenes from Buddha’s life) underwent fascinating adaptations and transformation processes in the Chinese context. In this paper the focus will be on iconographic programs, with case studies from the Dūnhuáng Mògāo Caves, Yúlín, and Sìchuān.

Christoph Anderl is currently Professor of Chinese Language and Culture at Ghent University. His research interests include the syntax of Medieval Chinese, as well as various aspects concerning the relation between religion and language, with an emphasis on medieval Chinese Buddhist texts. The lecture is based on research conducted in the framework of a collaborative and interdisciplinary project on text-image relations in India, Central Asia, and China, conducted at Ruhr University Bochum from 2010-2013. Currently, Anderl is working on a book on the Dynamics of Text Corpora and Image Programs (with Jessie Pons, Ruhr University Bochum), as well as several publications on Chinese historical syntax (for recent publications, see https://ugent.academia.edu/ChristophAnderl).

Conducted in English
ALL ARE WELCOME
Enquiries: 39437615