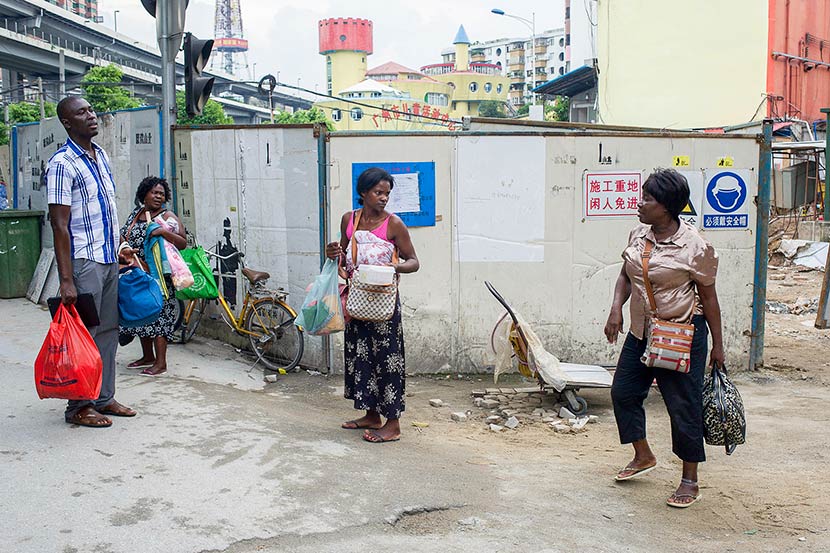 Since China’s southern manufacturing hub opened to foreigners in the 1990s, African traders have become a prominent group that neither the authorities nor the local community can ignore.

Official figures from 2017 claimed there were around 10,000 Africans in Guangzhou — likely a significant underestimate, as it doesn’t count the many businesspeople who overstay their short-term visas. The city is considered home to the largest African community in China, though the population has declined in recent years due to visa crackdowns and rising factory wages that are sending the price of goods skyward.

American anthropologist Gordon Mathews took an interest in the city’s African entrepreneurs, who acquire Chinese-made products — often knock-offs — from the source and transport them to retailers back home. These traders are a key part of “low-end globalization”: the small-scale transfer of goods through semi-legal or illegal deals.

“I believe when textbooks are written about Chinese economics in the early 21st century, the key will be that China brought globalization to the developing world,” says Mathews, who previously studied low-end globalization in Hong Kong. “As a Kenyan once told me: With the [cheaper] copied stuff from China, everyone is assured of owning a TV, a mobile phone, a motorbike — everything here but the sunlight is made in China.”

Read the article in Sixth Tone