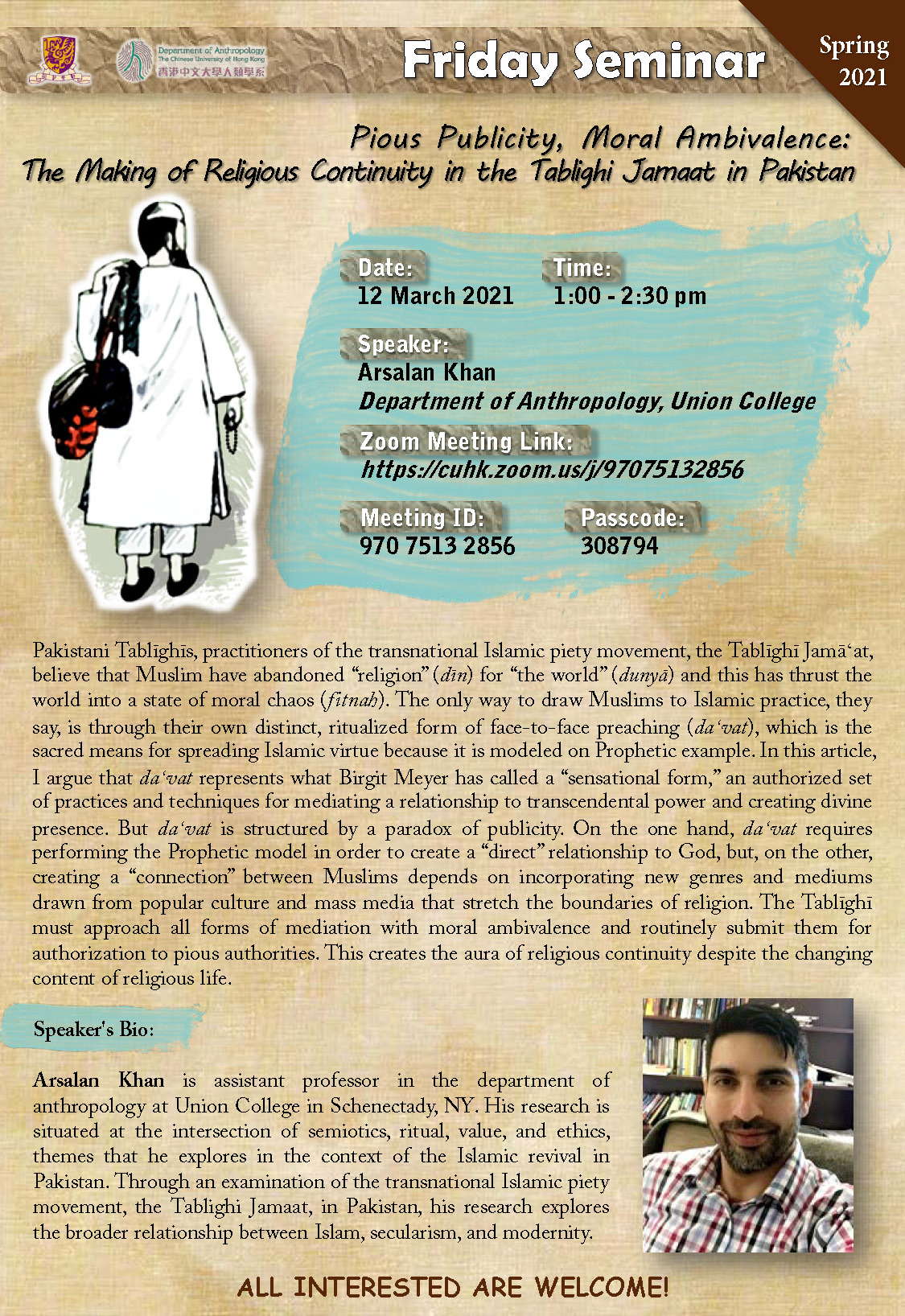 Title: Pious Publicity, Moral Ambivalence: The Making of Religious Continuity in the Tablighi Jamaat in Pakistan

Pakistani Tablīghīs, practitioners of the transnational Islamic piety movement, the Tablīghī Jamāʻat, believe that Muslim have abandoned “religion” (dīn) for “the world” (dunyā) and this has thrust the world into a state of moral chaos (fitnah). The only way to draw Muslims to Islamic practice, they say, is through their own distinct, ritualized form of face-to-face preaching (daʻvat), which is the sacred means for spreading Islamic virtue because it is modeled on Prophetic example. In this article, I argue that daʻvat represents what Birgit Meyer has called a “sensational form,” an authorized set of practices and techniques for mediating a relationship to transcendental power and creating divine presence. But daʻvat is structured by a paradox of publicity. On the one hand, daʻvat requires performing the Prophetic model in order to create a “direct” relationship to God, but, on the other, creating a “connection” between Muslims depends on incorporating new genres and  mediums drawn from popular culture and mass media that stretch the boundaries of religion. The Tablīghī must approach all forms of mediation with moral ambivalence and routinely submit them for authorization to pious authorities. This creates the aura of religious continuity despite the changing content of religious life.

Arsalan Khan is  assistant professor  in  the  department  of anthropology at Union College in Schenectady, NY. His research is situated at the intersection of semiotics, ritual, value, and ethics, themes that he explores in the context of the Islamic revival in Pakistan. Through an examination of the transnational Islamic piety movement, the Tablighi Jamaat, in Pakistan, his research explores the broader relationship between Islam, secularism, and modernity.