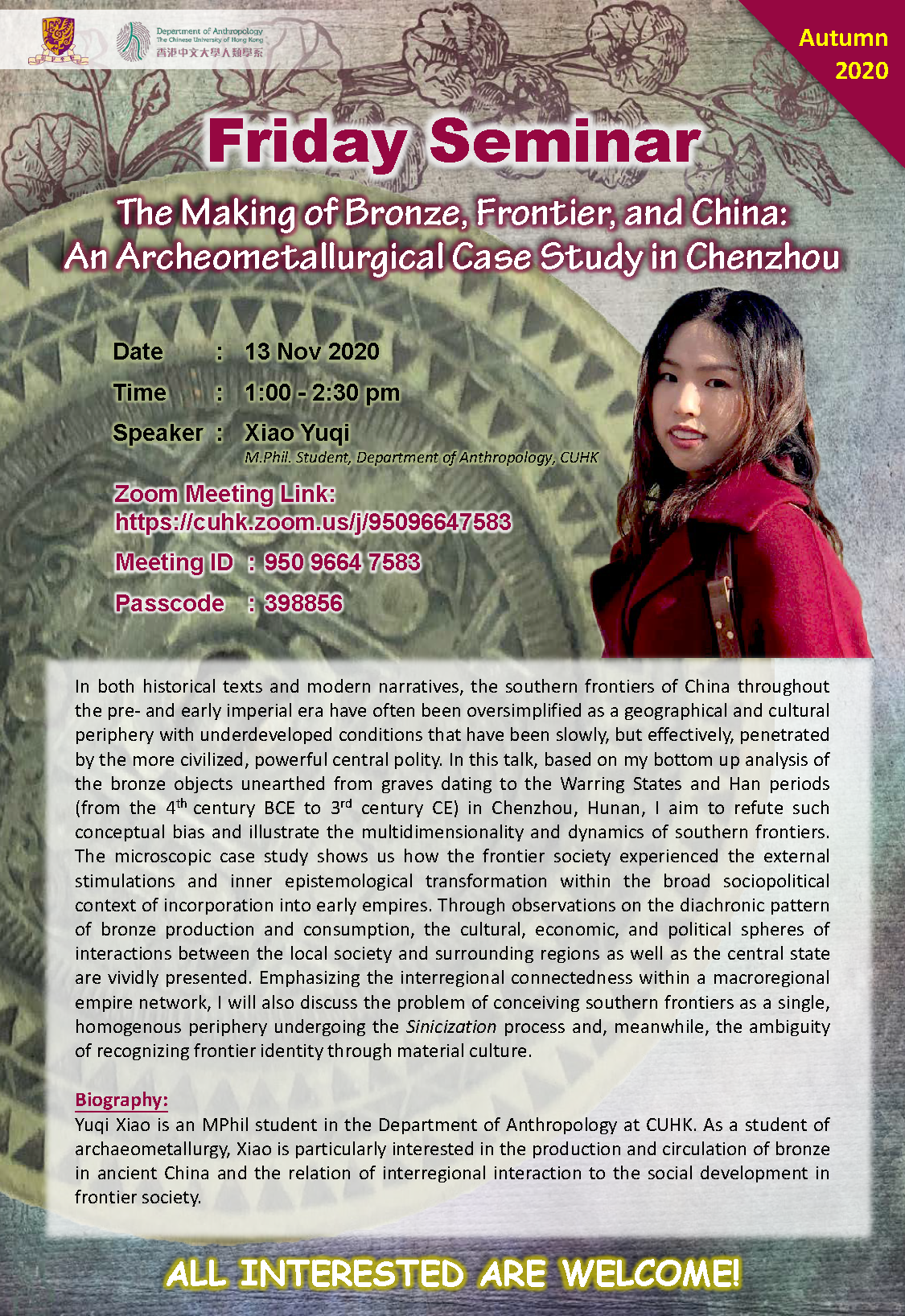 Title: The Making of Bronze, Frontier, and China: An Archeometallurgical Case Study in Chenzhou

In both historical texts and modern narratives, the southern frontiers of China throughout the pre- and early imperial era have often been oversimplified as a geographical and cultural periphery with underdeveloped conditions that have been slowly, but effectively, penetrated by the more civilized, powerful central polity. In this talk, based on my bottom up analysis of the bronze objects unearthed from graves dating to the Warring States and Han periods (from the 4th century BCE to 3rd century CE) in Chenzhou, Hunan, I aim to refute such conceptual bias and illustrate the multidimensionality and dynamics of southern frontiers. The microscopic case study shows us how the frontier society experienced the external stimulations and inner epistemological transformation within the broad sociopolitical context of incorporation into early empires. Through observations on the diachronic pattern of bronze production and consumption, the cultural, economic, and political spheres of interactions between the local society and surrounding regions as well as the central state are vividly presented. Emphasizing the interregional connectedness within a macroregional empire network, I will also discuss the problem of conceiving southern frontiers as a single, homogenous periphery undergoing the Sinicization process and, meanwhile, the ambiguity of recognizing frontier identity through material culture.

Xiao Yuqi is an MPhil student in the Department of Anthropology at CUHK. As a student of archaeometallurgy, Xiao is particularly interested in the production and circulation of bronze in ancient China and the relation of interregional interaction to the social development in frontier society.