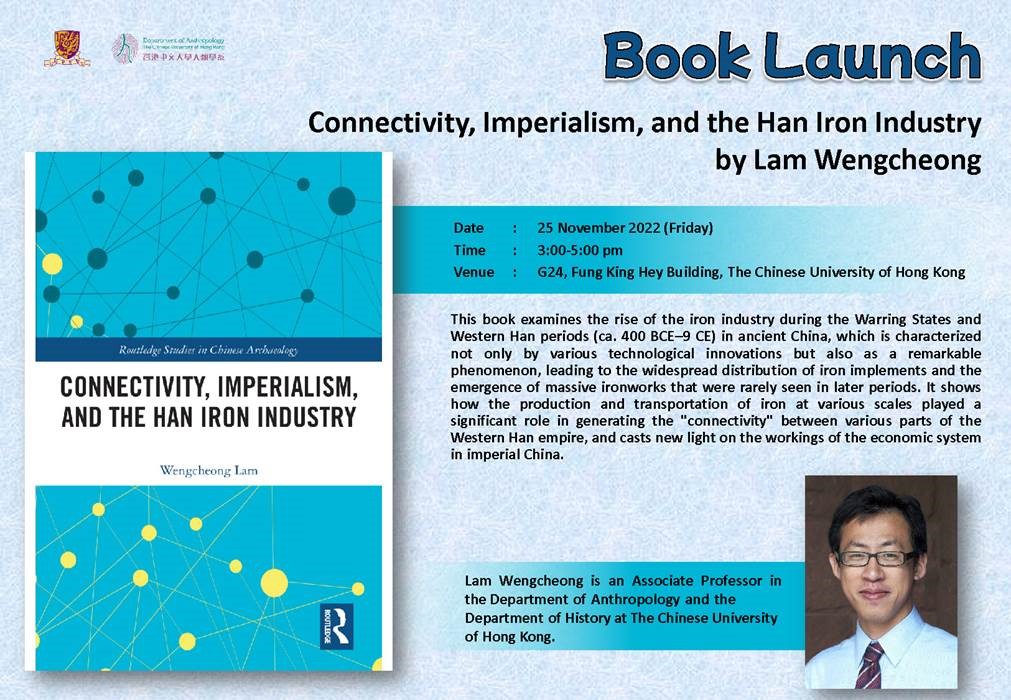 A talk by Prof. Lam Wengcheong on his newly published book Connectivity, Imperialism, and the Han Iron Industry

Come and celebrate together with us!

*This talk will be held in person. Please make sure to observe infection control measures.

This book examines the rise of the iron industry during the Warring States and Western Han periods (ca. 400 BCE–9 CE) in ancient China, which is characterized not only by various technological innovations but also as a remarkable phenomenon, leading to the widespread distribution of iron implements and the emergence of massive ironworks that were rarely seen in later periods. It shows how the production and transportation of iron at various scales played a significant role in generating the “connectivity” between various parts of the Western Han empire, and casts new light on the workings of the economic system in imperial China.

Lam Wengcheong is an Associate Professor in the Department of Anthropology and Department of History at The Chinese University of Hong Kong.