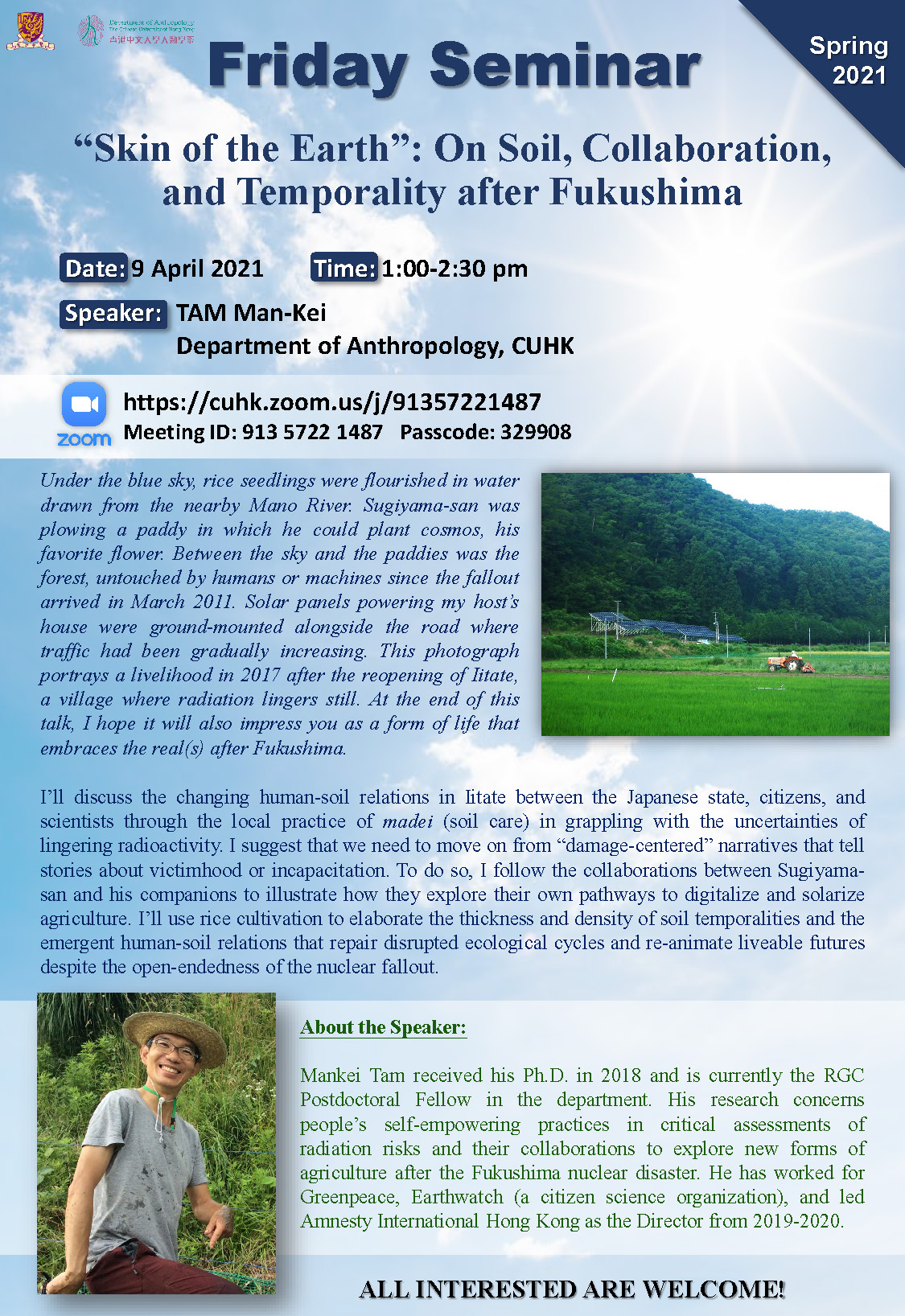 Title: “Skin of the Earth”: On Soil, Collaboration and Temporality after Fukushima

Under the blue sky, rice seedlings were flourished in water drawn from the nearby Mano River. Sugiyama-san was plowing a paddy in which he could plant cosmos, his favorite flower. Between the sky and the paddies was the forest, untouched by humans or machines since the fallout arrived in March 2011. Solar panels powering my host’s house were ground-mounted alongside the road where traffic had been gradually increasing. This photograph portrays a livelihood in 2017 after the reopening of Iitate, a village where radiation lingers still. At the end of this talk, I hope it will also impress you as a form of life that embraces the real(s) after Fukushima.

I’ll discuss the changing human-soil relations in Iitate between the Japanese state, citizens, and scientists through the local practice of madei (soil care) in grappling with the uncertainties of lingering radioactivity. I suggest that we need to move on from “damage-centered” narratives that tell stories about victimhood or incapacitation. To do so, I follow the collaborations between Sugiyama- san and his companions to illustrate how they explore their own pathways to digitalize and solarize agriculture. I’ll use rice cultivation to elaborate the thickness and density of soil temporalities and the emergent human-soil relations that repair disrupted ecological cycles and re-animate liveable futures despite the open-endedness of the nuclear fallout.

Mankei Tam received his Ph.D. in 2018 and is currently the RGC Postdoctoral Fellow in the department. His research concerns people’s self-empowering practices in critical assessments of radiation risks and their collaborations to explore new forms of agriculture after the Fukushima nuclear disaster. He has worked for Greenpeace, Earthwatch (a citizen science organization), and led Amnesty International Hong Kong as the Director from 2019-2020.