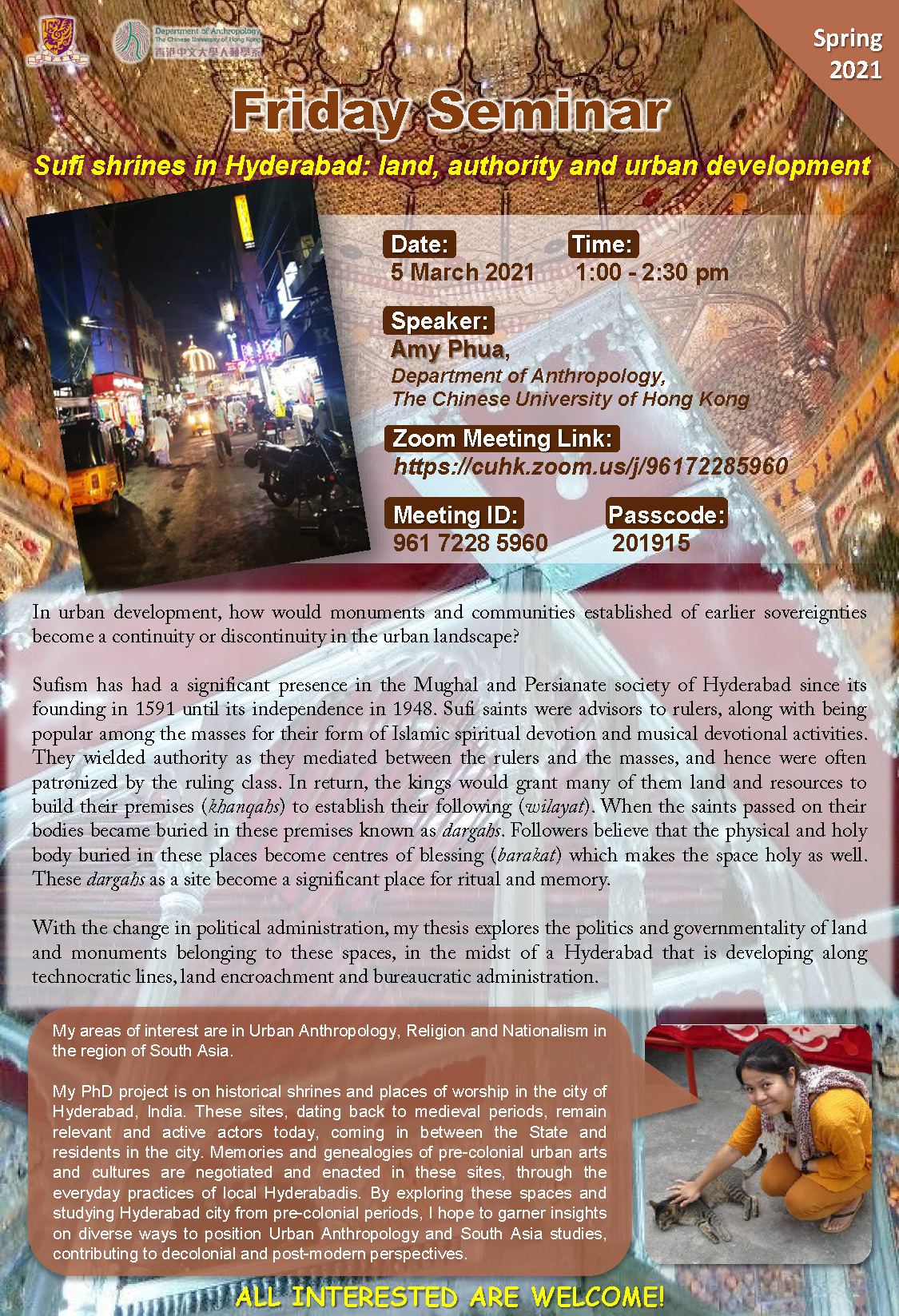 In urban development, how would monuments and communities established of earlier sovereignties become a continuity or discontinuity in the urban landscape?

Sufism has had a significant presence in the Mughal and Persianate society of Hyderabad since its founding in 1591 until its independence in 1948. Sufi saints were advisors to rulers, along with being popular among the masses for their form of Islamic spiritual devotion and musical devotional activities. They wielded authority as they mediated between the rulers and the masses, and hence were often patronized by the ruling class. In return, the kings would grant many of them land and resources to build their premises (khanqahs) to establish their following (wilayat). When the saints passed on their bodies became buried in these premises known as dargahs. Followers believe that the physical and holy body buried in these places become centres of blessing (barakat) which makes the space holy as well. These dargahs as a site become a significant place for ritual and memory.

With the change in political administration, my thesis explores the politics and governmentality of land and monuments belonging to these spaces, in the midst of a Hyderabad that is developing along technocratic lines, land encroachment and bureaucratic administration.

My areas of interest are in Urban Anthropology, Religion and Nationalism in the region of South Asia.

My PhD project is on historical shrines and places of worship in the city of Hyderabad, India. These sites, dating back to medieval periods, remain relevant and active actors today, coming in between the State and residents in the city. Memories and genealogies of pre-colonial urban arts and cultures are negotiated and enacted in these sites, through the everyday practices of local Hyderabadis. By exploring these spaces and studying Hyderabad city from pre-colonial periods, I hope to garner insights on diverse ways to position Urban Anthropology and South Asia studies, contributing to decolonial and post-modern perspectives.