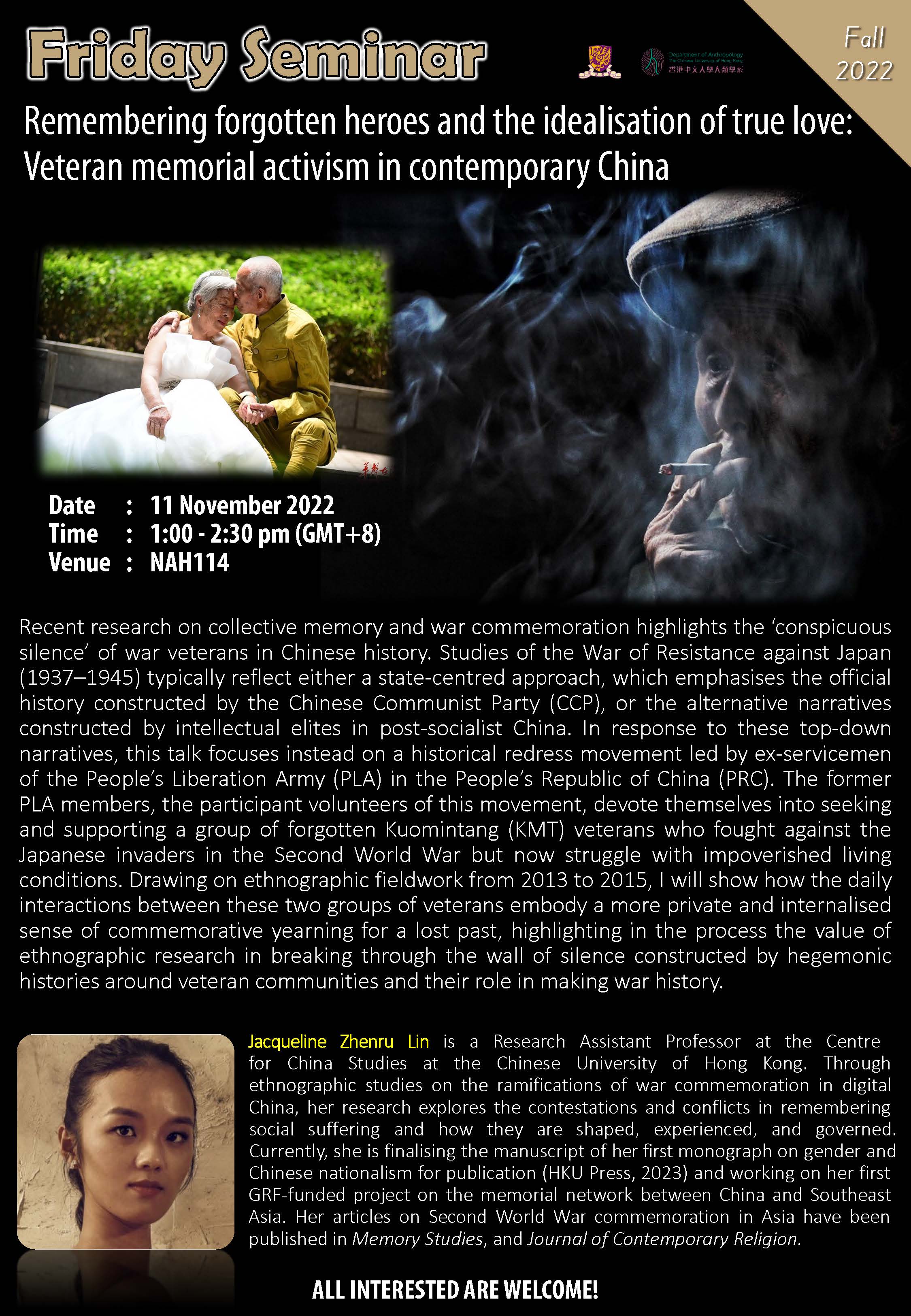 Recent research on collective memory and war commemoration highlights the ‘conspicuous silence’ of war veterans in Chinese history. Studies of the War of Resistance against Japan (1937–1945) typically reflect either a state-centred approach, which emphasises the official history constructed by the Chinese Communist Party (CCP), or the alternative narratives constructed by intellectual elites in post-socialist China. In response to these top-down narratives, this talk focuses instead on a historical redress movement led by ex-servicemen of the People’s Liberation Army (PLA) in the People’s Republic of China (PRC). The former PLA members, the participant volunteers of this movement, devote themselves into seeking and supporting a group of forgotten Kuomintang (KMT) veterans who fought against the Japanese invaders in the Second World War but now struggle with impoverished living conditions. Drawing on ethnographic fieldwork from 2013 to 2015, I will show how the daily interactions between these two groups of veterans embody a more private and internalised sense of commemorative yearning for a lost past, highlighting in the process the value of ethnographic research in breaking through the wall of silence constructed by hegemonic histories around veteran communities and their role in making war history.

Jacqueline  Zhenru   Lin   is   a   Research   Assistant   Professor   at   the   Centre for China Studies at the Chinese University of Hong Kong. Through ethnographic studies on the ramifications of war commemoration in digital China, her research explores the contestations and conflicts in remembering social suffering and how they are shaped, experienced, and governed. Currently, she is finalising the manuscript of her first monograph on gender and Chinese nationalism for publication (HKU Press, 2023) and working on her first GRF-funded project on the memorial network between China and Southeast Asia. Her articles on Second World War commemoration in Asia have been published in Memory Studies, and Journal of Contemporary Religion.