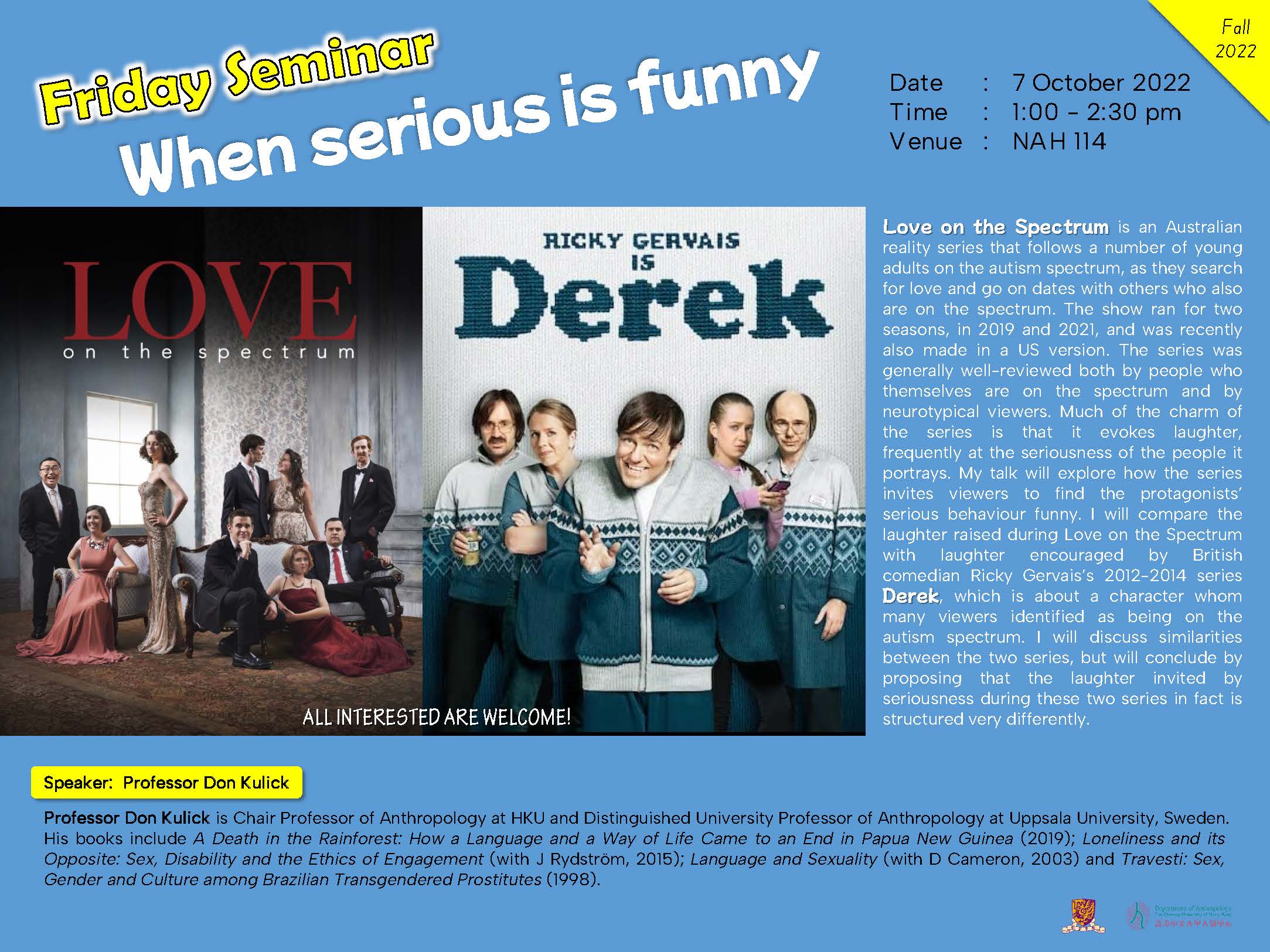 Title: When serious is funny

Speaker: Don Kulick (School of English, The University of Hong Kong and Department of Cultural Anthropology and Ethnology, Uppsala University)

Love on the Spectrum is an Australian reality series that follows a number of young adults on the autism spectrum, as they search for love and go on dates with others who also are on the spectrum. The show ran for two seasons,  in  2019  and  2021,  and  was  recently also made in a US version. The series was generally well-reviewed both by people who themselves are on the spectrum and by neurotypical viewers. Much of the charm of the series is that it evokes  laughter,  frequently at the seriousness of the people it portrays. My talk will explore how the series invites viewers to find the protagonists’  serious behaviour funny. I will compare the laughter raised during Love on the Spectrum with laughter encouraged by British comedian Ricky Gervais’s 2012-2014   series Derek, which is about a character whom many viewers identified as being on the  autism spectrum. I will discuss similarities between the two series, but will conclude by proposing that the laughter invited by seriousness during these two series in fact is structured very differently.

Professor Don Kulick is Chair Professor of Anthropology at HKU and Distinguished University Professor of Anthropology at Uppsala University, Sweden. His  books  include  A Death in the Rainforest: How a Language and a Way of Life Came to an End in Papua New Guinea (2019);  Loneliness and its Opposite: Sex, Disability and the Ethics of Engagement (with  J  Rydström,  2015);  Language and Sexuality (with  D  Cameron,  2003)  and  Travesti: Sex, Gender and Culture among Brazilian Transgendered Prostitutes (1998).