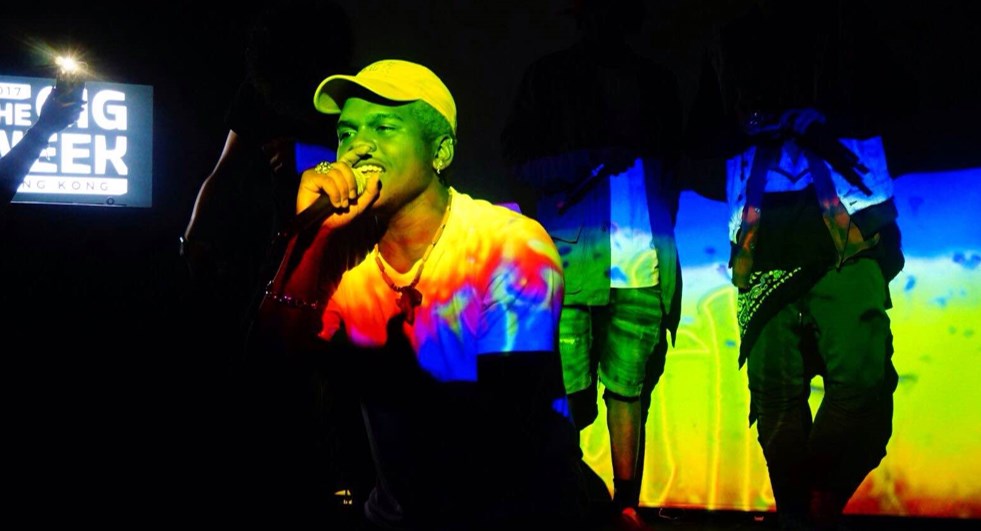 The background music serenading the bar’s after-work drinking crowd comes to a stop, and the lights dim for the band entering the stage. A beat from the percussionist’s djembe – a west African drum – starts off slow and steady, then picks up its pace. The rhythm is joined by a synth track overhead as the ensemble fades into the beginning of an emotional rap, its lyrics telling the story of hardship and tribulations.

A rapper, singer and songwriter, 20-year-old Frank is one of the youngest in the band.

“It’s weird. Our music is a mixture of African and hip-hop. Some say it’s Afro-fusion,” says Frank. “We just call it Talents Displaced.”