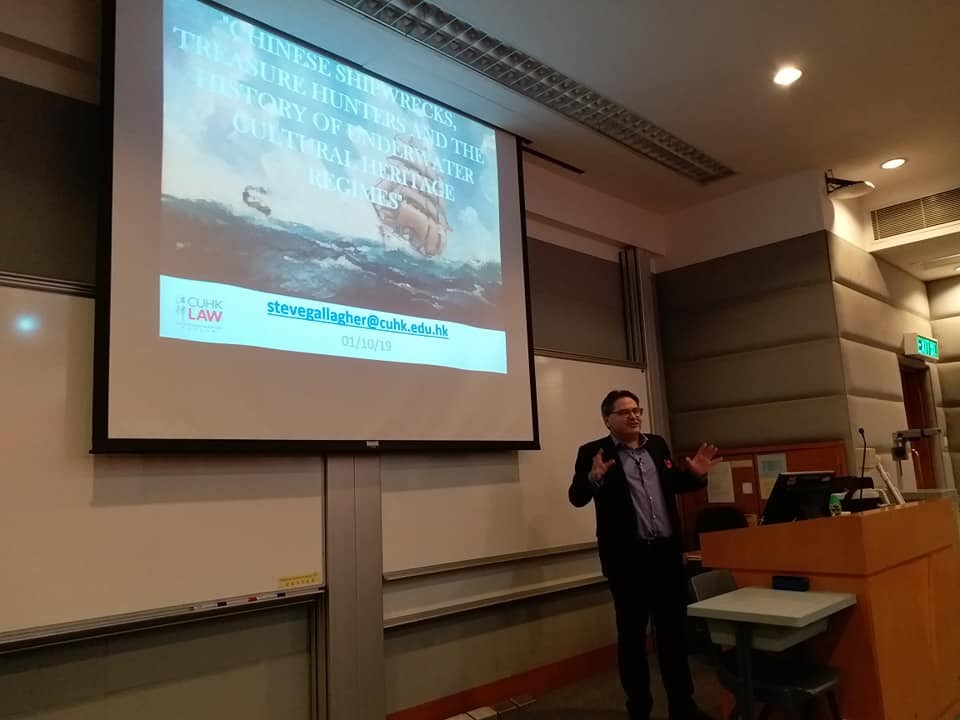 Shipwrecks are testimonies to maritime trade of an era and their treasures prove the glory of it. The issue on shipwrecks and their treasures have since become a widely discussed topic –Who owns them? And how can we protect them. In this Friday seminar, Prof. Steven Gallagher, Associate Professor and Associate Dean (Academic Affairs) of the Faculty of Law gave as an introduction to the history of salvage as well as the laws that protect the underwater cultural heritage (UCH).

Salvage was made possible by the invention of Diving Bell in 1682, with Sir William Phipps recovered almost 200,000 pounds’ worth of treasure. Future invention of the replenishable diving suits allowed the retrieval of cannon guns of Royal George which sank in 1782. Today, wrecks salvage can be categorised as pure salvage and contract salvage. Pure salvage, or treasure hunting, allows treasure hunters to search for unidentified, unclaimed or abandoned wrecks. Forrest suggested that for the protection of cultural heritage, salvaging should not be permitted (Forrest 2009).

“The code is more what you’d call ‘guidelines’ than actual rules.” – Hector Barbossa

The Law of Salvage was likely to be developed after the tragic wreck of the White Ship, through the Rules of Oleron (circa 1266). The modern Law of Salvage advocates the ‘salving’ of lives, the ships and their cargoes through rewards to the salver. This Law of Salvage is applicable to most of the jurisdictions in the world today.

As for the ownership of these wrecks and their treasures, the United Nations Convention on the Law of the Sea (UNCLOS 1982), states that “Coastal States exercise sovereignty over their territorial sea which they have the right to establish its breadth up to a limit not to exceed 12 nautical miles”. Prerogative rights and the Law of Finders (“finder keepers, loser weepers”) could also claim ownership of these wrecks. However, wrecks with unidentified owners recovered in the high seas can be claimed by those “treasure hunters”.

To protect and prevent commercial exploitation of the salvage, the United Nations Educational, Scientific and Cultural Organization (UNESCO) adopted the Convention on the Protection of UCH in 2001. The convention did not meet with good response – the salvaging projects of the Odyssey’s Black Swan (2007) and Belitung Wreck (1998 – 1999) still continued. Recent WWII Naval Ships in Southeast Asia, especially those in Java, are being recovered as scrap metals as well as their value of being used in medical and physics equipment. 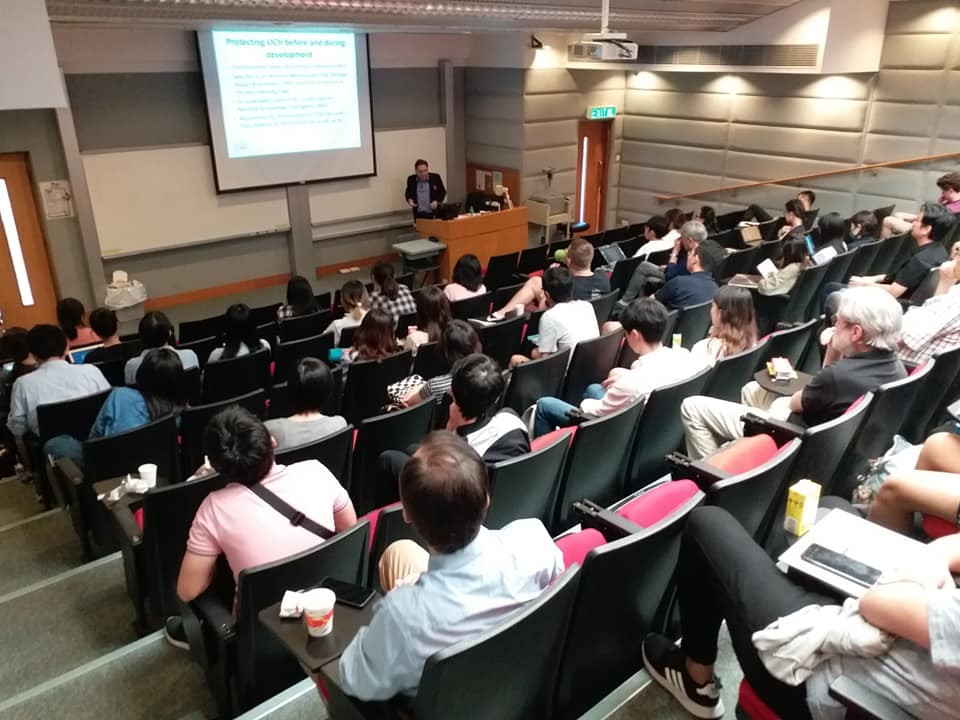 “Not all treasure’s silver and gold, mate.” – Jack Sparrow

Ceramics, specifically blue and white ones, were the new silver and gold found in abundance in the seas of Southeast Asia. These newly discovered made-in-china porcelains in 1985 on the Hatcher Wreck triggered a development in China’s law and policy with regards to UCH. Since then, China showed extensive effort in protecting and preserving their UCH. In 2007, Southern Song dynasty wreck – Nanhai No. I – was raised from the South China seabed for the first time ever indoor underwater excavation. The Maritime Silk Route Museum was built in purpose of it, making an impactful political statement. China now finance many international archaeological excavations, along the route of maritime silk route to develop their political agenda.

There will be many more treasures found, and it is our duty to protect these common cultural heritages. On  Hong Kong’s part, Prof. Gallagher quoted from a proposal co-authored by Dr. Bill Jeffrey and the Hong Kong Maritime Museum (HKMM): to create “an inventory of all the Hong Kong’s UCH, the identification of significant UCH archaeological sites of interest and if appropriate, nominate sites as monuments under Antiquities and Monuments Ordinance; correlating special exhibitions at HKMM that focus on the territory-wide survey outcomes; a community awareness campaign with the goal of attracting more recreational divers to become certified in UCH, and the development of a 3-year strategic plan.”